The incredible Adam Shah playing with The Sam Williows recently. Adam Shah has emerged recently as the drummer of choice for many English music acts in Singapore and no wonder: his musical and powerful playing, mixed with his intimate knowledge and understanding of digital music, make him a highly sought after drummer in any musical circle. Adam Shah plays many snares but among his arsenal is a 14 x 8 Brass snare that we have dubbed “The Beast”. Soon to join his arsenal of snares is a 14 x 6.5 Cocobolo Stave snare that is in the works. Keep a look out for THAT beast.

“Well last night was a blast.

Thank y’all for giving us your time and singing along. Hope you liked the new songs!

Massive thanks to these amazing people @audreyisaudrey @badboiteddy @adamdestroysyou @oneclickwonders @surfgn (Photocredits) and everyone who had a hand in last night. Photos and videos for the night will be up soon.

For now, we’re back to album work, and also a couple of exciting shows in the next few months (Bandwagon’s TMM, Here! and IGNITE!). Full deets coming your way soon. 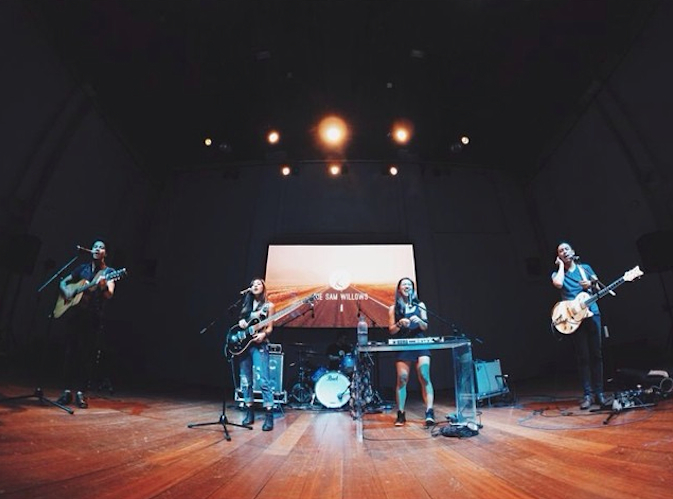